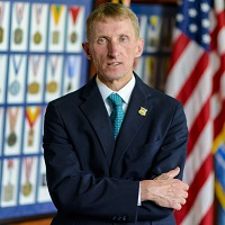 Appointed Executive Director of Public Safety and Chief of Police in August of 2018, Chief Evans has overall responsibility for managing the delivery of police services and ensuring the safety of the Boston College campus community. Chief Evans joined the Boston College Police Department after serving the Boston Police Department for 38 years, rising through the ranks from Police Cadet to Police Commissioner. Chief Evans holds a Bachelor of Science in Government from Suffolk University and Master of Public Administration in Criminal Justice from Anna Maria College. He is a graduate of the FBI National Academy, FBI National Executive Institute, the Police Executive Research Forum’s Senior Management Institute for Police, and the Center for Homeland Defense and Security Naval Postgraduate School. Chief Evans has also completed the Senior Executives in State and Local Government as well as the General and Flag Officer Homeland Security Executive Seminar at Harvard University’s John F. Kennedy School of Government. Additionally, he has attended the National Preparedness Leadership Initiative and the Meta Leadership Executive Sessions, a collaboration of Harvard University’s John F. Kennedy School of Government and Harvard School of Public Health.

Today’s law enforcement departments are often asked to be the “tip of the spear” for challenges our communities don’t know how to solve – the mental health crisis, domestic violence, drug and alcohol abuse to name a few. Commissioner William B. Evans of the Boston College Police Department and former Chief of the Boston Police Department joins us for this important conversation about mental health in our ranks, in our communities, and explores the role technology can play in being part of the solution. More Info